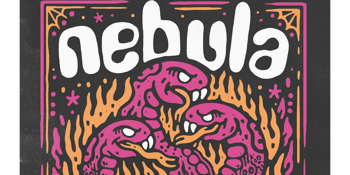 with ARROWHEAD & Psycho Honeymoon
The Flamin' Galah (Brisbane City, QLD)
Thursday, 5 August 2021 8:00 PM
80 days away
18 Plus
Music
Send this event to
Legendary Californian Stoner Rock trio NEBULA are coming back to Australia and New
Zealand in support of their new album “HOLY SHIT”!
Their last Australian tour, 20 years ago in 2000, saw sold out shows right across the country,
with the need to upgrade to bigger venues in Sydney and Melbourne.
Featuring Rock n Roll stalwart Eddie Glass (Ex-Fu Manchu), NEBULA have released 5
albums and 5 EPs (including one EP with Sweden’s &quot;Lowrider&quot;) since their inception in
1997.

For the past few years, these “Rock n Roll Maniacs” have been punishing stages across the
USA and Europe, alongside bands such as Sasquatch, Weedeater, Brant Bjork and Fatso
Jetson. They have also hit some of the most world’s most renowned music festivals in the
past 12 months, including Freak Valley Festival, Desertfest (London and Berlin) and Stoned
&amp; Dusted.

With rave reviews of this latest offering, released through Heavy Psych Sounds, the return of
these Californian riff hounds was clearly in demand. The genre bending songs that make up
this outstanding stoner rock/metal masterpiece is a testament to their maturity and carefully
crafted riffery, which has seen them reach a new level; not only for NEBULA themselves,
but for the whole stoner rock community.
Joining the Rock n Roll party bus will be Sydney’s legendary fuzz rock outfit
ARROWHEAD, who will be joining NEBULA on the eastern dates of the Australian tour.
They will be playing in Brisbane, Newcastle, Sydney, Wollongong, Canberra, Melbourne and
Adelaide.

Arrowhead (signed to Ripple Music) are no stranger to the worldwide scene of Stoner Rock,
with three albums and one EP up their sleeve, plus a tonne of 10/10 album and live reviews
from credible sources all around the globe.
Reviews of “HOLY SHIT”:
THE OBELISK
“I just didn’t think NEBULA would happen again, but the fact of the matter is they were one
of the most essential bands to shape what’s now considered heavy and/or desert rock, and
their influence has spread not only over international borders, but over another generation of
listeners who’ve emerged since they’ve been gone. They were a special band and they remain
one. Whatever “HOLY SHIT” might lead to, if they do another record or just tour forever, or
break up, or who knows, the fact that it exists only speaks to the band’s utter unpredictability,
which has always been one of their greatest assets. You never knew what was coming from
NEBULA. You still don’t. That’s why it’s fun.
CHRIS BALL – ECHOES AND DUST

“You don’t know what you’ve got till it’s gone, as they say. Catching NEBULA at Desertfest
last year, the newly re-assembled line-up provided an unexpected highlight of the weekend.
They were raw, they were ragged, but they were magnificent. So far, so far stoner, right?
Well, HOLY SHIT does contain one curveball in ‘Fistful of Pills’, a brief but startling mix of
Latino and surf rock; think ‘Miserlou’ meets Robert Rodriguez marvellous Chingon. It breaks
up the angst and misanthropy in a most delightful way.”

OUTLAWS OF THE SUN
“HOLY SHIT may just be the most appropriately titled record ever. After nearly 10 years
Nebula has unleashed one of the jaw dropping-est, straight up killer records in recent
memory. Having reformed a few years back, the band returns with their trademark, hazy,
grunge fuelled brand of stoner rock that whether we realized it or not, we needed and were
missing. This is the band’s 6 th full length, along with a slew of EP’s and whatnot and honestly
it is, in my humble opinion, their best record to date. The riffs are strong, the vibe is hazy, the
song writing is top notch.”
Wednesday 18/3/2020 – Whammy Bar, Auckland NZ UTR
Thursday 19/3/2020 – Valhalla, Wellington NZ UTR
Friday 20/3/2020 – The Foundry, Fortitude Valley, Oztix
Saturday 21/3/2020 – Hamilton Station Hotel, Islington Eventbite
Sunday 22/3/2020 – The Lansdowne, Chippendale Intix
Tuesday 24/3/2020 – Heritage Hotel, Bulli Oztix
Wednesday 25/3/2020 – Transit Bar, Canberra Moshtix
Friday 27/3/2020 – The Bendigo Hotel, Collingwood Eventbrite
Saturday 28/3/2020 – Northcote Social Club, Northcote Eventbrite
Sunday 29/3/2020 – SMOKE SIGNALS Enigma Bar, Adelaide Moshtix
Thursday 2/4/2020 – Amplifier Bar, Perth
Friday 3/4/2020 – The Aardvark, Fremantle
Saturday 4/4/2020 – The Den, Inglewood